Need the perfect gift? Give a Columbus Hospitality Gift Card for Any Occasion 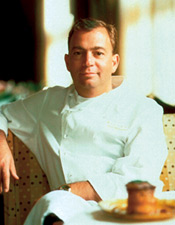 From the day that Chef Jamie Mammano opened the doors to Mistral in 1997, his biggest culinary venture yet was destined to become a legend of the Boston dining scene. A graduate of the Culinary Institute of America in New York, Jamie established a reputation for himself amongst the country’s most highly-regarded chefs during stints at The Jockey Club and Le Pavillion Restaurant in Washington DC, as the chef for the United States Ambassador to Spain, and 10 years spent in the kitchens of the Four Seasons Hotel Company, where he honed his culinary skills at the company’s Washington DC, Seattle, Chicago and Boston properties. While serving as Executive Chef for the Four Seasons Hotel Boston, Jamie single-handedly catapulted its dining room, Aujourd’hui, to the #1 ranking in the Zagat Survey of Boston Restaurants in 1995, and soon after readers of Boston Magazine chose Aujourd’hui as the #1 restaurant in Boston and Condé Nast Traveler named it the #4 restaurant in the country.

Seeking the next big challenge, Jamie left the Four Seasons, and along with partners Paul Roiff and Seth Greenberg, created the concept for Mistral, a French/Mediterranean bistro in Boston’s South End. Through crafting the menu, hiring the staff, handpicking the tableware, choosing the décor and designing the kitchen, Jamie was able to give life to the restaurant he had always dreamed of and that Boston diners could not wait to frequent. Throughout the past 13 years, Jamie and Mistral have consistently delivered excellent food, exceptional service, and garnered numerous accolades including “Top 25 New Restaurants in America” by Esquire Magazine, “Sexiest Bar” by Food & Wine, and four “Best of Boston” awards from Boston Magazine. Jamie has appeared on NBC’s “Today Show” as well as CNN’s “On the Menu.” In June 1999, Nation’s Restaurant News named Mistral as one of “5 Hottest Restaurants in Boston” and in July of the same year, Jamie was invited to be a guest chef at the famed James Beard House.

In November 2005, Jamie and Paul followed up their success when Paul made Jamie a partner in The Federalist. The team then opened Sorellina in January 2006, offering regional Italian-Mediterranean cuisine with a modern twist, a unique wine list focusing on hidden Italian gems, upbeat and sophisticated service, and a warm-modern design. In August 2007, The Federalist was transformed to Mooo, a modern steakhouse inside the XV Beacon Hotel. The latest venture, L’Andana in Burlington, MA, opened in October 2007, focusing on Tuscan Wood-Grilled cuisine. In 2013, Mammano and Roiff opened their newest concept, Ostra, a contemporary Mediterranean seafood restaurant. Ostra provides a sophisticated and inviting dining room with an elegant bar and piano lounge, as well as an exclusive private dining space. 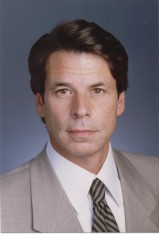 As one of Boston’s most acclaimed real estate developers, and known for pursuing projects that the real estate “establishment” has often deemed too daring, Paul possesses a drive and vision for urban architectural splendor that has led to the renaissance of some of Boston’s most treasured communities. Paul, who has been working in the field of real estate since the age of 18, originally planned to pursue a career in music, but found himself being drawn towards a love for urban architecture.

Throughout his career, Paul, who earned a baccalaureate and MBA from Boston University, and a JD degree from Suffolk Law School, has worked on the acquisition and renovation of Boston real estate in such diverse areas as historic rehabilitation, mill restorations, HUD projects, , the development of hundreds of residential lofts in Boston’s Leather district and the development of a luxury 28-acre beachfront cabana club in Florida

In 1997, together with partners Jamie Mammano and Seth Greenberg, Paul built and became a co-owner of Mistral, a French/Mediterranean bistro located in one of his most successful developments, Boston’s Albert A. Pope Building. Quickly after the opening, Mistral was named one of the “Top 25 New Restaurants in America” by Esquire Magazine, “Sexiest Bar” by Food & Wine, and earned four “Best of Boston” awards from Boston Magazine.

His first foray into the luxury hotel world, Paul renovated a 1903 Beaux Arts building to create XV Beacon in January of 2000. In developing the hotel, Roiff adhered to the vision of a classic and elegant environment combined with modern style that would provide an unforgettable service experience for travelers, as well as a culinary destination, The Federalist, with an atmosphere reminiscent of the world’s most prestigious private clubs.

Paul followed up the success of Mistral and The Federalist, which is now Mooo, with three other restaurants: Sorellina in January 2006 and L’Andana in 2007, which he owns in conjunction with Jamie and The Columbus Hospitality Group. The latest additions to CHG are The Inn at St. Botolph, a limited service boutique hotel & the sister property of XV Beacon, and Ostra, a contemporary Mediterranean seafood restaurant. Serving as president of Heath Properties, a real estate development and finance company, Paul has also served on the board of directors of a professional software company, and as a director of Capitol Bancorp in Boston. 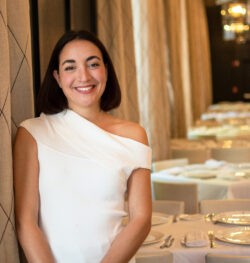 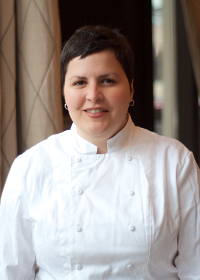 After graduating from high school in Puerto Rico in 1995, Marga Raffucci went on to study Comparative Literature at the University of Puerto Rico. She then went on to further her education through studying Law at the Interamerican University of Puerto Rico, graduating in January of 2004. Marga worked with her father at his law firm for about two years and started to realize that continuing a career in law was not her life’s dream.

Marga spent some time trying to figure out what it was that she truly enjoyed. Finding herself reading culinary magazines and planning her travels around different cultures, Marga made it a point to sample the regional cuisines. She sat back one day and said to herself, “Wait a minute, I think I have something here”, and all signs clearly pointed to her true passion for food.

Her discovery lead her to the Aaron Restaurant located inside the Horned Dorsett Primavera Hotel, in Rincón, Puerto Rico. One of Puerto Rico’s most well known restaurants, Marga embarked on an apprenticeship. In October 2007, Marga then moved to Boston and began an externship as a line cook at Aujourd’hui in the Four Seasons Hotel. In October of 2008, Marga graduated from the Culinary Institute of America with an Associate’s Degree in Culinary Arts.

Marga joined the team at Sorellina in November of 2008 as a line cook. Proving herself a valued employee, within six months she was promoted to Sous Chef. For three years she honed her skills and craft and in September of 2012, Marga was offered the position of Executive Chef. Her culinary background brings many strengths and culinary distinctions, an asset to the Sorellina kitchen. 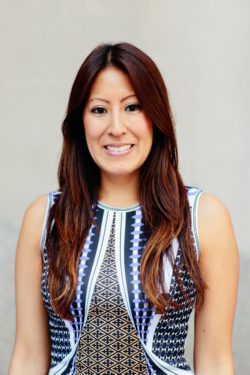 Lisa Flores has been an integral part of the success of the Columbus Hospitality Group for over 17 years. A Texas native, Lisa moved to Boston to attend Boston University where she graduated with a Bachelor of Science in Business Management and a concentration in International Management. She was hired as a hostess at Mistral in June 2001, and was soon promoted to Reservations Manager in 2003 after impressing General Manager Mark D’Alessandro and Chef/Owner Jamie Mammano with her dedication to hospitality.

In 2004, Lisa was promoted again to Special Events Manager for Mistral’s private dining room, le Salon du Mistral. As Events Manager, she planned and executed all private events as well as full restaurant buyouts. Her commitment to consistency and her ability to make guests feel at home has enabled her to produce successful events for Mistral’s clientele for many years. In 2008, Lisa was promoted to Director of Sales and Marketing, and spearheaded marketing campaigns for the opening of all additional properties in the Columbus Hospitality Group. Today, this includes Mistral, Sorellina, Mooo, L’Andana and Ostra restaurants as well as the Inn at St. Botolph and XV Beacon Hotel. She continues to plan private events and restaurant buyouts for Mistral, Ostra, and Sorellina while managing all marketing campaigns, media relations, and branding for CHG.

Recognizing the need for a more formal network for event planners within the restaurant industry, Lisa founded the Society for Event Planners: Restaurant Venues (SERV) in 2016. SERV is an organization of private event managers that hosts quarterly panel discussions focusing on topics such as the value of private events in the restaurant’s bottom line, hospitality marketing, public relations and more. It quickly caught the attention of dozens of top restaurateurs and planners in and around Boston, as well as publications such as The Boston Globe and Boston Common Magazine. SERV aims to provide a network for people in the industry to learn from each other and grow their businesses, and Lisa hopes to continue its success in the years to come.